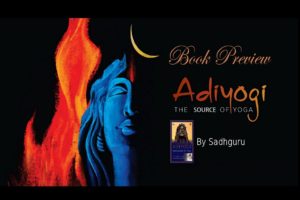 “Shiva does not spell religion. Shiva spells responsibility — our ability to take our very life process in our hands.”

‘Shi-va’ is ‘that which is not’, a primordial emptiness; Shiva is also the first-ever yogi, Adiyogi, the one who first perceived this emptiness. Adiyogi is symbol and myth, historic figure and living presence, creator and destroyer, outlaw and ascetic, cosmic dancer and passionate lover, all at once.

A book like no other, this extraordinary document is a tribute to Shiva, the Adiyogi, by a living yogi; a chronicle of the progenitor of mysticism by a contemporary mystic. Here science and philosophy merge seamlessly, so do silence and sound, question and answer–to capture the unspeakable enigma of Adiyogi in a spellbinding wave of words and ideas that will leave one entranced, transformed.

Ranked amongst the fifty most influential people in India, Sadhguru is a yogi, mystic, visionary and bestselling author.
Probing and passionate, insightful, logical and unfailingly witty, Sadhguru’s talks have earned him the reputation of a speaker and opinion-maker of renown. With his astute and incisive grasp of world affairs, as well as his unerringly scientific approach to human wellbeing, he has been a primary speaker at the United Nations World Headquarters, a regular at the World Economic Forum and a special invitee at the Hindustan Times Leadership Summit, Australian Leadership Retreat, Indian Economic Summit and TED. He has also been invited to speak at leading educational institutions, including Oxford, Stanford, Harvard, Yale, Wharton and MIT among others.
With a celebratory engagement with life on all levels, Sadhguru’s areas of active involvement encompass fields as diverse as architecture and visual design, poetry and painting, ecology and horticulture, sports, music and aviation.
Three decades ago, he founded Isha Foundation, a non-profit organization with human well-being as its core commitment, supported by over seven million volunteers in over 250 centres worldwide.

Arundhathi Subramaniam is an award-winning poet and writer. Her recent books include When God is a Traveller, a poetry collection and Eating God, an anthology of sacred verse. She is also the author of the bestselling biography, Sadhguru: More Than a Life. 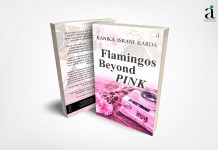 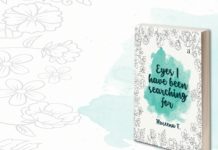 Book Preview : Eyes I Have Been Searching For 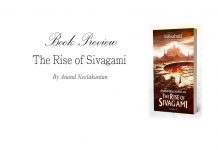 The Rise of Sivagami: Book 1 of Baahubali – Before the Beginning