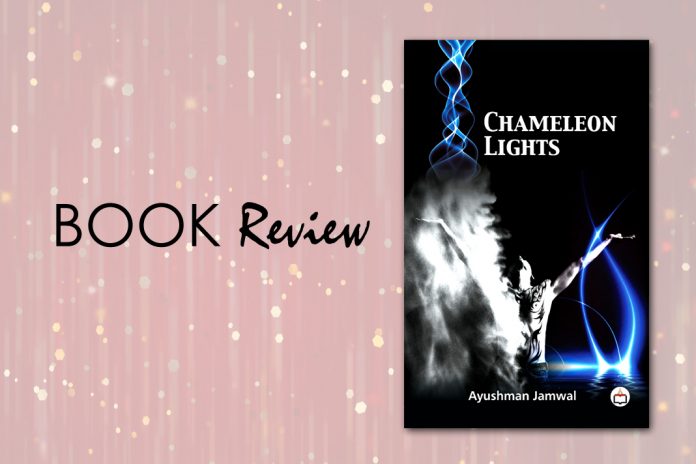 Be the first to leave a review.

Your browser does not support images upload. Please choose a modern one

Chameleon Lights is a coming of age book of 20 poems, written with a poignant pen. In fact, it reveals itself in repeat reading. The poet meanders through life and explores his response to it. In places, he views it as an onlooker, seemingly watching it pass by but his mind is in a constant banter, trying to find meaning and purpose of being. Sometimes he plunges into the deep dark despair of the incongruity of his values and ones that hold court, but every time comes out stronger, holding on to the conviction of his beliefs. All these are expressed in bold and sure strokes.

Let my deeds guide the lost and restless,

To find the strength they always had.

Let us rise in a calm bond of brotherhood,

(Poem: Prayer to God of Rebellion)

The storm and calm create a picturesque contrast, drawing the reader in, sometimes bemused and another moment mystified. Some poems are almost visual and ‘An Honest Soliloquy’ and ‘A Destined Tale’ are particularly vivid.

In this palace, I sit alone,

I fade as my stained glory enjoys its immortality,

A constant reminder of a sordid legacy,

For I am made of baser things.

The jagged Sulaiman hills in its coils,

Caught in the moon’s silver aura,

I was left bare to the coming turmoil

You are almost sitting beside the rogue in the empty palace hall as he reminisces over the remains of his legacy, or with the lone man on the hill on a spooky moonlit night. The brush stroke continues through the book, some places dark, with a splash of red, and a few places with gentle and pastel hues. Be it in ‘Love Letter’, ‘Modern Affection’, ‘Canine Love’ or ‘The Artist of the Soul’, there is romance, longing, the sweet ache of love.

But I pay no heed to what they say,

I am afraid you shall be someone else’s the next day.

If my heart yearns to love and keep you mine,

Then what is sleep to come in my way?

When asked what made him put the pen to paper in verse, Ayushman says, “I write only when I have been hit by an emotional sledgehammer. Growing up and in day to day life one experiences an uncommon recipe of inspiration, despair, love and strength, which brings one closer to who they are and what they are capable of. Wise men call it growing pains and I, inspiration. ‘Chameleon Lights’ is one such journey and I am sure those who read the book, will find themselves somewhere between the lines.”

Ayushman hails from Jammu, and poetry runs in his blood. He is the grandson of celebrated Dogri poet Randhir Singh, also known in literary circles as Kunwar Viyogi. Randhir Singh is the author of the renowned Dogri poem ‘Ghar’ for which he received the coveted Sahitya Akademi award in 1980. He passed away in September 2015 and his family launched the Kunwar Viyogi Memorial Trust to create a platform for the promotion and preservation of Dogri literature, to empower young artists to showcase and hone their craft. Ayushman has dedicated his book to his grandfather who he affectionately called ‘Tiger Nanu’.

“My grandfather was a storyteller,” says Ayushman. “With his expressive green eyes, he would mesmerise me and spin beautiful stories. ‘Ghar’ itself is a masterpiece depicting the emotional turbulence of a home and how it provides love and comfort to the most restless spirits.  I hope I have inherited even one percent of his talent, and so this book is a tribute to the poet Kunwar Viyogi.”

Chameleon Lights is an interplay of the poet’s emotions as he journeys between his heart and mind. The poet takes the reader on a roller coaster ride from boyhood to finding his center and context to life. Like Ayushman says, you will indeed find yourself between the lines. 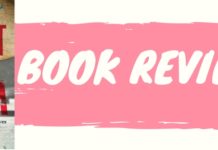 Book Review – A Ticket To Syria 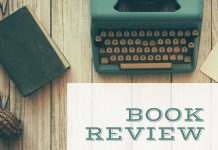 Book Review – In A Blink Of An Eye

Interview Of Heena Vijayvergiya, Author Of What’s Your Dream ?